On Friday, Mikey and I went sight seeing. Parliament house was the first place to which we journeyed. We started at the information desk where a lady gave us a map and walked us through it imagination style (she said, "We are understaffed today and cannot give you a guided tour."). Mikey listened carefully to her map description and then took me on a tour. He could easily get a job there! He's a natural! Here's a few pics of Mikey on the job. 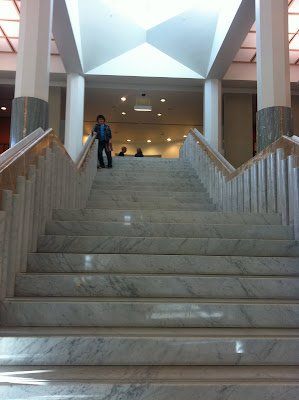 Ever heard someone say, "He lost his marbles" ?
Here is where they all went.
They merged together and made the foyer, stairs and pillars of Parliament House. 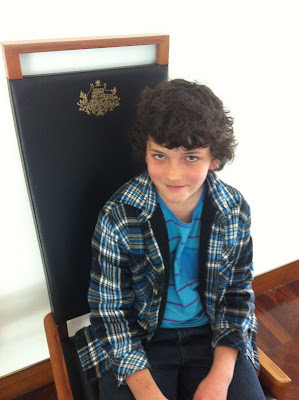 Mikey abreast of a crest of Australia. 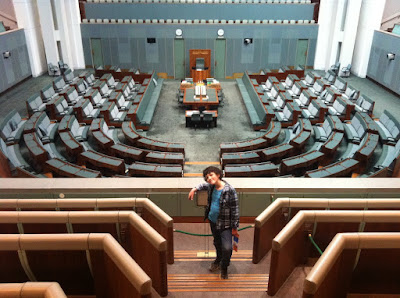 The Senate is not sitting.
Neither is Mikey. 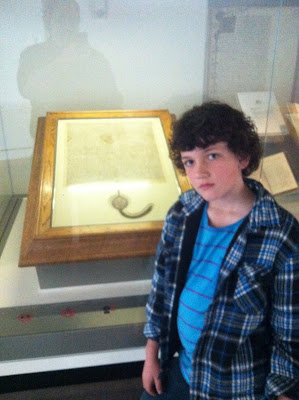 They tried to convince us this was worth $25 million!
Mikey said, "25 Million? That's WEEIIIRRDD. It's just paper!"
-----
After leaving Parliament House, we went to the Australia National Museum where Mikey made a friend. 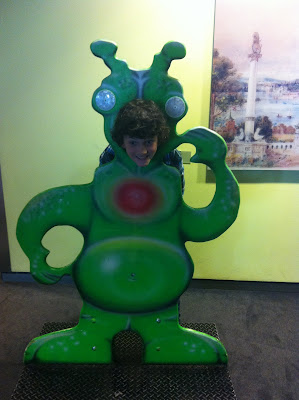 The resemblance is uncanny.
Believe it or not, that was the highlight of the museum for Mikey. That, and the Circa theatre. Very cool!
Next we trundled off to the shops and bought Mikey some new clothes, had lunch, watched a movie and then headed to Youth vespers at Canberra National Church.
at August 07, 2011