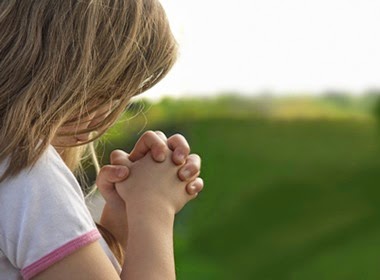 Little Kwame was a new student in 2nd grade. Nearly everything was new to Kwame. His family were refugees from Ghana in West Africa. They had just arrived in Australia and were sent to live in Tasmania—a little island below the Australian mainland.

Kwame didn’t play with the other kids at recess. He couldn’t speak the language they were using and the games were all different from home. The teacher would tell students to ask Kwame to play, but he always shook his head. He didn’t want to play.

Because he struggled to read English, Kwame participated very little during class. The teacher tried to help Kwame as much as she could, but she had 24 other students as well. Kwame would open his books and try to read for most of the morning. But by lunch he was tired of English and would sit in the reading corner looking at picture books or just staring out the window for the rest of the day.

During the next few weeks, the teacher became more and more worried about Kwame. Would he ever start talking? Would he learn English? How long before he would read his books and do his work in class? She knew he could understand most of what she said to him because he had responded with a few words from time to time. The only way he was going to become comfortable speaking, reading and writing English was if he tried.

The teacher talked to Kwame’s mother one day after school. “Kwame needs to try,” she said. “He is a good boy, but he is shy. What can I do to help him?”

Kwame’s mother said, “Kwame is very talkative and lively at home. He just needs to be brave.”
Kwame was listening to the conversation and agreed that he would try to be brave. But, as the days went by, the teacher could see nothing was changing. Kwame needed help.

Then one warm afternoon, something completely unexpected happened. The students were sitting at their desks and Kwame was sitting quietly in the reading corner when a small bird flew into the room through an open window. It was a little brown sparrow. As the sparrow fluttered around the room looking for somewhere to land, the students all screamed and hid under their desks.

The little bird finally landed on a high bookshelf where it panted in distress. The teacher told the kids to be quiet. Then, just as everything was calming down, a sparrow hawk—much bigger than the little sparrow—flew in through the window!

This time it wasn’t just the kids that screamed. The teacher let out a yelp and dove under her desk.
The Hawk landed on a low bookcase between the reading area and the classroom. It scanned the room full of frightened kids, one scared teacher and one terrified sparrow. Clearly, the sparrow hawk had been chasing the sparrow and the little bird had panicked and flown through the open window on accident. The hawk had followed without considering what might be on the other side of the window.

No one noticed Kwame. He hadn’t screamed when the birds flew in. He hadn’t hidden under a desk. Instead, he had watched calmly. And now, as the sparrow hawk stared toward the sparrow across the room, Kwame stood up. He was directly behind the hawk.

The other kids stuck their heads out from their hiding places to see the hawk and were surprised to see quiet little Kwame sneaking up behind the sparrow hawk. The teacher peered out from underneath her desk. The entire class watched Kwame as he inched closer and closer to the hawk.

“Miss,” one of the students whispered. “Miss, make him stop! He will get bitten!”

Kwame took another step toward the sparrow hawk. His little hands were coming up behind the bird.
The teacher responded, “Shhhhh, I think Kwame knows what he is doing!”

And she was right! Kwame took one more step toward the sparrow hawk and with a lighting quick move wrapped his little hands around the wings of the hawk. The bird tried to bite his hands, but Kwame had grabbed just the right place and the hawk was unable to get at Kwame's little fingers.

Kwame walked to the window, held the hawk outside, and let go. His hands were back inside in another lightning quick move and the sparrow hawk flew away.

In the next few minutes, the students and teacher watched as Kwame coaxed the little sparrow down from the shelf and caught it, too. Five minutes after the two birds had flown into the classroom, they were both safely outside again.

Kwame had saved the day!

When Kwame turned back from the window, after releasing the little sparrow, he was the centre of attention. The students had a thousand questions for little Kwame. How did you do that? Have you done that before? Where did you learn to catch birds? Was it scary? What did the hawk feel like? Did it bite you?

Kwame listened to each of the questions and answered them in slow broken English. The students gave him time to form his answers. The words came slowly, and then faster and faster as Kwame became more confident. The teacher watched in amazement as little Kwame went from being a shy quiet boy to the talkative and lively boy his mother said he was at home.

Something had just happened that the teacher could have never planned. Little Kwame had been brave.

In fact, Kwame had been a brave boy all along. He just needed a couple of birds to help him prove it to everyone else. And once he did, no one ever let him be shy again. After school, Kwame’s classmates told their brothers, sisters, mothers and fathers the amazing story of brave Kwame. The next day at school everyone wanted to talk to Kwame. And they all listened as he answered their questions.

Later that week, when Kwame was shopping with his family, he saw one of his classmates. The other little boy tugged on his mom’s coat, “Mom, that’s him! That’s Kwame—the boy who catches hawks! He’s the bravest boy in our whole school!”
at August 31, 2010 No comments: