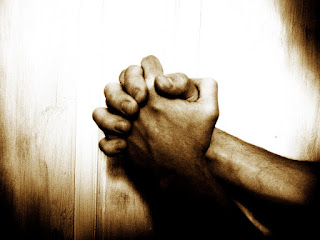 Every Kingdom building church wants to reach their community for Christ. Every active church member wants to believe their faith makes a difference. But, so often, we struggle. What should we do? How can we make a difference that leads people to Jesus?

There are also models that help create a church which holistically practices balanced inreach, outreach and upreach. Here is one I like. Founded on prayer and enacting the answers to those prayers, the Prayer > Care > Share model is both easy to learn and easy to apply. It can be applied both individually and corporately.

Prayer: There is someone near you that God is hoping to reach with His Love. Pray and ask God to put on your heart the person who is on His heart. He will reveal who you should pray for. When a person comes to mind, pray for that person by name. Ask God, “What can I do to help them?” Follow the promptings God gives you. Regularly praying for someone puts them front-and-centre in your thinking. You will begin to care for them on a deeper spiritual level.

Care: Show compassion for this person. Meet the needs in their life that God puts on your heart. They may need a friend. They may need someone to listen. They may just need a sandwich. Be willing and ready to do what God says.

Care: Follow the Spirit’s leading. Plan projects. Do them as a group. Care for the individuals for whom your group is praying. Meet needs in your community as the Holy Spirit makes those needs known. There may be a shut-in who needs regular visiting, a yard or house that needs cleaning or an elderly person who need a planter-box built so they can grow vegetables. Observe. Pray. Act.

Share: When your church runs events, invite the recipients of your Care projects to suitable events. Cooking programs. Bible studies. Special worship services. Visiting speakers. Share your faith-community with your care-community. Tell your church elders the needs you are seeing and caring for. A proactive church will organise events to meet the felt needs revealed by their members.

The Prayer > Care > Share model focuses on the personal and local. Rather than attempting to squeeze a one-size-fits-all program over every church, Prayer > Care > Share reveals and reacts to the needs God is feeling in your community. Just as every person is unique, each community has specific needs. God knows these needs. Asking Him to lead keeps us focused on His work rather than our own.

Prayer: For many people, prayer lacks practicality. Praying simple direct requests and then taking action based on the answers from God’s Spirit demonstrates to your church members and community members that prayer works. It also creates testimonies!

Care: Seeing needs-based evangelism flow from our own prayer life will lead to a clear understanding of both prayer and evangelism. Our church members will realise from experience, God is Love and He wants us to care for others.

Share: In our faith-fuelled excitement, we are prone to over-sharing. Prayer > Care > Share ensures we save our sharing for the time when we are most likely to be heard. An answer is useful only after a question has been asked! In the words of St Francis, “Preach the Gospel. If necessary, use words.”

To have God’s heart, we must pray. To be God’s hands, we must act. The Prayer > Care > Share Model is one way to build the Kingdom of God. It connects God’s heart to our hands and changes the world, one person at a time.


When Jesus walked the earth, he built his ministry on prayer. Inspired by the heart of his Father, Jesus met the needs of the people around him – feeding some, healing others, caring for all. Finally, he shared his knowledge of the Father by telling stories about the Kingdom of God.
at January 21, 2018 No comments:

Read Isaiah 56:1-12
Discussion: What stands out to you as the main message of this chapter?
Key Point: **God wants Outsiders to become Insiders**

Cultural Study Notes
Watchmen: In the Ancient Near East, watchmen were hired to protect fields from animals that ate the crops before they could be harvested. These men were not soldiers protecting people, but shepherds protecting food.  The animals they were defending against were not dangerous carnivores, but hungry herbivores wandering the land searching for food. Goats, sheep, etc.
Sabbath: In Ancient Isreal, the Sabbath was a sign of the Mosiac Covenant. This was understood and repeated to such an extent that it was used as spiritual shorthand for "The Law of God." Thus, numerous prophets will say, 'honour the Sabbath' and expect the hearer to understand 'and the other nine! Remember my Law. Honour our Covenant. I am the Lord.'

Read Isaiah 56:10
When this was written, who were Israel’s watchmen? What was wrong with them?
(religious and political leaders) (blind and ignorant. Spiritually complacent.)

Read Isaiah 56:11
What kind of person is a shepherd who has no discernment?
(self-focused. Follow own path. Interested in payday but not the task at hand.)

Read Isaiah 56:3-8
Who is God willing to include in His Kingdom?
(Foreigners. Eunuchs. Exiles. Everyone who “Loves the name of Lord” and chooses to follow Him.)

Who were foreigners to them?
(Anyone tribally different to them)
Who are ‘our’ foreigners today?
(secular 'atheistic' society)

Who were the Eunuchs to them?
(Men who left the service of non-Israelite political and spiritual leaders and chose to leave their Gods and leaders and to follow Yahweh)
What does God promise to give back to them?
(Family Name, Future, Sons and Daughters of God)
Who are ‘our’ spiritual Eunuchs today?
(Seekers from other faiths)

Who were the Exiles to them?
(Isaiah 56:8 – outcasts set free from Babylon, but yet to make their way home to Yahweh and Israel.)
Who are ‘our’ Exiles today?
(Spiritual wanderers. Backsliders. Doctrinally divergent believers.)

Read Isaiah 56:9
Why is it safe for foreigners, eunuchs and exiles – “animals” – to come and eat of God’s bounty?
(Because the watchmen were failures.)
How had the religious leaders in Isaiah’s day failed to lead the people for God and to God?
(They had ‘taken their own path’ and turned the entire system into one of self-preservation and self-aggrandisement. They weren’t focused on God's Harvest but the profit and protection of their tribe.)

Read Isaiah 56:7
Jesus quoted this verse when he cleared the Temple.
Read Mark 11:15-17
How does the description in Isaiah 56:7 sound different than the reality of Isaiah and Jesus’ day?
(people of all the nations were not flocking to Jerusalem to worship Israel's God)

How did the temple system restrict the involvement of other nations, foreigners, eunuchs and exiles in joining Jerusalem in worshipping God in worship and prayer?
(purity regulations, rules, confusing religious rituals and restrictions)

In Mark 11:17 what was the “den of thieves” stealing from the nations?
(the freedom to come boldly into to God’s house of prayer.)

When Jesus cleared the temple, He quoted Isaiah 56:7 as His reason. Focusing on “for all the nations” repeated in both Mark 11:17 and Isaiah 56:7, what did Jesus call for with both action and scripture?
(The way they were ‘doing church’ restricted people from receiving Salvation. Jesus called for the leaders in the Temple to stop blocking people's path to God’s Righteousness.)

Both Jesus and Isaiah challenged the slowing of salvation caused by the self-focused leadership of the spiritual shepherds in Israel.  Like Jesus, how can we challenge our coagulated incorporated church to unclog the free-flowing salvation of God?
(In action: Turn the tables. Cleanse the church through forgiveness, generosity, justice and kindness.)
(In Word: Apply Scripture. Call for leaders with unveiled faces to teach us to invite others into unrestricted access to God's righteousness.)

Rather than take credit for failed spiritual leadership, we often blame others - the foreigners [secular society], eunuchs [other faiths], and exiles [ex/un-committed]. What does it do to our faith when we blame the outsider rather than take ownership of our blind and ignorant shepherding?
(It sends us into a deluded spiral of self, system and seclusion)

What can happen if we take credit for our own creedal, tribal, legalistic presentation of the Gospel?
(The shepherds who lead God’s people – elders, pastors, teachers – will have their eyes and minds opened [Isaiah 56:10] as they wake up to what the Spirit has been doing for the Kingdom while they’ve been building subcultural sandcastles. And, hopefully, they will confess, repent and change.)

Read Isaiah 56:1-2
What is Isaiah’s strategy for staying open rather than closed in faith?
(to be just and fair to all, to do what is right and good)

What is God’s promise?

What is the expected reaction of those who receive this promise?

(be just and fair to all, do what is right and good)

When God arrives, whose righteousness will be seen?
(God’s.)

How can we ensure we hold the door to God’s Kingdom wide open and issue an invitation to all the nations to enter His eternal salvation?
(Be like Jesus: Show justice and fairness by doing what is right and good.)
(Tell the Nations: God loves you and is coming soon to make all things right.)
at January 12, 2018 No comments: