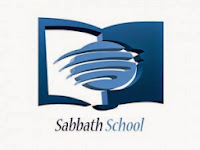 Right after Matthew wraps up Jesus’ answer to John the Baptist – “Yes I am the Messiah, have a look at all I’ve said and done so far.” – he presents two short sections that make it abundantly clear that Jesus had every reason to shift the focus of His Kingdom from Isreal to the World.

The people expected the Messiah to punish the oppressor, eradicate the corrupt. But instead, Jesus empowers the oppressed and encourages the humble.

Matthew reveals Jesus’ Kingdom Shift by first focusing on the ever present reality of God’s Judgment. The Kingdom of God is a careful juxtaposition of God’s Law and God’s Love. One Bible Commentary says, “God’s judgment is at the center of Jesus’ proclaimation of the Kingdom of God and keeps it from becoming a message of harmless love.”

Matthew tells story after story – packed tightly – of Jesus doing miracles in town after town and being received with apathy. Instead of falling over backward when the King of the Universe returned His created people to healthy body and mind (back into the ‘image of God’ in which they were created) the people of Karazin, Bethsaida and Capernaum shrugged their shoulders and said, “Yeah, that’s what healers do. Heal people. Blah blah blah.”

In Matthew 11:23 Jesus compares them to Satan falling from Heaven when he drops some references to Isaiah 14:13-15 by saying, “Will you be exalted to Heaven? No, you will be brought down to the place of the dead!” (NLT) This short section – Matthew 11:20-24 – demonstrates why God’s Kingdom was taken away from Isreal and given to those passing by the banquet feast.

Jesus shows that how we receive Him, His presence in our lives and the changes He brings to the world will result in our connection or disconnection from Him – judgment comes to those who ignore the Kingdom of God as it moves across the surface of the deep bringing order from chaos. Jesus’ Kingdom is recreating the world by healing the broken, blessing the poor, empowering the powerless. Behold, He is making all things new!

And this newness is built on the humble. In Matthew 11:25-30 we join Jesus for prayer. There are only a precious few of these moments in the Gospels. When Jesus prays, we should be listening with a desperateness to understand.

In this section we see Jesus shifting his focus from those who deserve judgment to those who giddily go about the Kingdom’s business. Jesus starts His prayer by thanking His Father for hiding his Kingdom from the “wise” and revealing the Kingdom of God to the “childlike”. To demonstrate the foundation of the Kingdom of God that Jesus brought about, Jesus spins a reversal of Daniel 2:20-23 where Daniel thanks God for giving wisdom to the wise. The word Jesus uses for childlike is just as easily translated “simpleminded, uneducated or stupid.” Jesus is praising His Father that the Kingdom has been taken from those who believe themselves wise enough to grasp God’s ways and given to those who hug it tight like a teddy bear and squeeze for all they are world.

As Jesus was walking around in the first century there was a movement of ‘holy men’ called Essences who believed God came to people through understanding. By being wise you could grasp God. Jesus used one of their favourite verses as background for this prayer and then flipped it completely upside down saying it pleases God to give His Truth to the ones in kindergarten rather than those in the combined lesson pontificating knowledgeably on the wise things of God.

Once Jesus finished is tiny prayer, he moves onto a statement about His authority in the world. One commentator called Matthew 11:27 a revealing of “The entire mystery of Christ” while another said it was “the most precious pearl” of Matthew’s Gospel. Why? Because within it we see into the workings of the Trinity. Only God knows Jesus. Only Jesus knows God. Jesus reveals God to those who He chooses. He has authority to do this because His Father has given him authority over everything. It’s at once cryptic, creative and contemplative.

Finally in Matthew 11:28-30 Jesus presents a Rabbi’s call. In Jewish circles – particularly the circles of the religious – a leader’s “yoke” always referred to his way of approaching the Law of God. When a Rabbi invited others to “settle in next to me under my yoke” he was saying, “Come join me, think like me, act like me and become like me.”

In the previous verses (Matthew 11:20-28) which we have just explored, Jesus revealed his yoke. His interpretation of God’s Law calls down judgment on those who expect the Kingdom but do not embrace it when it arrives, it empowers the simpleminded with the wisdom of the Kingdom and it is built on Jesus’ deep connection to His Father and His teaching to those who are under his yoke – to whom he reveals God.

A Rabbi only called followers after a long training period. Once he knew these were the best of the best he would say to a select one or two – follow me and I will teach you my yoke. Jesus throws this completely on its head.

Jesus said, “Come to me, all of you who are weary and carry heavy burdens, and I will give you rest. Take my yoke upon you. Let me teach you, because I am humble and gentle, and you will find rest for your souls. For my yoke fits perfectly, and the burden I give you is light.” Matthew 11:28-30 (NLT)

Wow. I hope you see it. Jesus has opened the Kingdom of God to the highways and byways. The spiritually rich and famous have made their excuses and are not attending the Father’s Kingdom Party for His Son. The servants of God (like Matthew in writing this Gospel) are calling out to those struggling to take the next step – spiritually and physically – and promising them rest in Jesus. He will take the burden of feeling ‘less-than’ off your shoulders and give you rest. He will teach you gently and humbly. You will find rest for your very soul.

Jesus’ yoke is a perfect fit and the study load is light. Because He bears it all. You know all you need to know when you know Him. The rest – and you will want the rest – is just icing on the cake.

Come one, come all. Bring your brokenness, your unworthiness, your simpleness – and celebrate life under the yoke of one who has been broken, felt unworthy and lived the simple life.