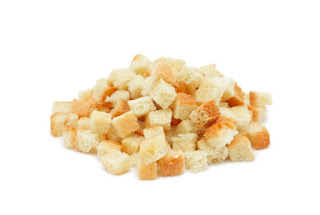 In chapters 14 and 15 Matthew serves up three stories about crumbs with a few teachings thrown in, like salad and vegetables, to round out the meal and fill the plate. But make no mistake, the theme of these two chapters is the Kingdom of God being served up so the hungry might be filled, the hurting might be healed and the dead might have life.

These two chapters are focusing on the banquet feast of the Kingdom of God. There are two stories of mass feedings with meager supplies. Both times Jesus takes what’s available, gives thanks and then, without making a fuss, tells the disciples to “Feed the people.” Both times there are left overs.

But, I’m getting ahead of the story. Before each meal, there are healings. Jesus walks into one crowd and the other walks up to Him. The first crowd is on the shore, Jesus has compassion and he goes ashore and heals them. The second crowd discovers him sitting on a mountain and rushes to him –  with their lame, blind, deformed, deaf and dumb – and he healed them all. The difference between the two crowds was their heritage – and the size of the baskets they brought to the banquet.

The Israelites followed Jesus’ boat from the lakeshore hoping for an audience with Him. In compassion He went to them – although, as a people they failed to recognise Him time and time again. His compassion knew no bounds and when He saw the need – even of His fickle fellow Jews – He provided all He had to meet all they needed.

The Gentiles flocked to Him because of the testimony of those who had met him previously. Mark tells us this was the same place where Jesus healed two demoniacs. They went to their homes and towns. They told their Jesus story. And when Jesus returned the people rushed to Him and begged to touch the tassels of His robe, such was their faith. They fully expected to be prostrate before Him as He walked by – and then they could just reach up from their humble lowly place and touch the hem of the Master’s garment. Instead, Jesus sat down – at the level of a child – and healed all who were brought to Him.

After the two stories of healing we read about the feedings. In the first feeding, the quantity is precise – five loaves and two fish – and the result is a filled multitude and 12 baskets of left overs. In the second feeding, the quantity is unsure – seven loaves and a few small fish – again resulting in a filled multitude and 7 baskets of leftovers. The meat in Matthew’s Kingdom crumb sandwich is completely missed in the English word “basket” and yet it is the entire point of these two stories.

Before we explore these baskets – and the amount of crumbs they held – we need to visit a lady with a demon possessed daughter. She is a Gentile. Jesus is a Jew. She knows her place – lower than the Master’s tassels – but puts herself under the table instead. She asks Jesus to heal her daughter. At this point in Matthew’s Gospel he is hoping the reader is starting to get the point that whenever Jesus gets cryptic, He’s talking about the Kingdom of God – the new Kingdom of God. She begs from a distance. Jesus keeps moving. She gets closer – crying out in prayer for her daughter’s healing – She says, perhaps quoting Psalms, “Have mercy on me, Lord, Son of David.” She knew Jesus for who He truly was. Jesus keeps moving. Finally, the disciples beg him, “Quiet her!”

Jesus stops and enters into dialogue with the woman. He talks about the first Kingdom saying, "I was sent to Israel." Finally able to catch up with Jesus, she crumples to the ground and reaches for his tassels, “Lord Help ME!” Then, reflecting on the common practice of keeping pet dogs in the house, Jesus says, “It’s wrong to take the children’s bread and feed it to their pet dogs!”

Quick on her knees, the woman replies with a truth of the ancient world, “Yes, Lord, but everyone feeds the crumbs of that same bread to the dogs once the children are done!” In a world without puppy chow, the pet dogs ate last at the masters table.

Jesus laughs. I’m not sure if you can hear it but I sure can! “Too right, woman! Your faith is great. As much as you have asked, you have received!" And from that moment her daughter was cured.

Jesus contrasts the woman’s faith with the few crumbs typically left for the dogs. It’s not just falling off the table like left over crumbs, it’s pouring onto the floor and bursting out the door of the house and into the streets of the Gentiles – much like the Kingdom of God.

Matthew is ready, now, for the next mass feeding. Again, healings come first. Three days later, Jesus suggests that the people might be getting hungry. The story follows the pattern set by the first one. The disciples are asked for what they have. Jesus thanks the Father for it. The disciples distribute it. This time seven baskets remain. This time its Gentiles being healed then fed. This time it’s the people who, like the woman of ‘great faith’ have been healed to a man, woman and child. And this time there are a lot more left overs.

How large? Before we answer that – lets talk about the 12. The Greek word used for those baskets is a basket the size of a lunchbox. The 12 disciples, busy feeding the crowd, probably hadn’t eaten. Collecting the leftovers, they each had a basket of fish and chips to fill their hungry bellies. Israel was fed. Sufficiently.

Now to the 7 baskets. Remember how Paul escaped from the men who wanted to kill him .. In a large basket – lowered by a rope? That’s the word used here. 7 man-sized baskets of crumbs. The translation 'large baskets' is understated to say the least!

The Kingdom of God is no longer restricted to Israel – it’s being served to anyone who needs God’s grace – whether your need be for a slice of His Divine mercy or a basket full of Kingdom crumbs so big you can climb in, eat until you are full and then fall asleep in the basket of His love.