Forgiving The Sinner - A Cultural Understanding 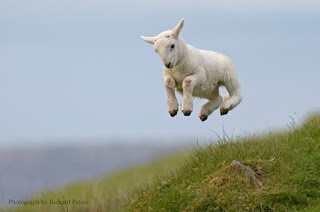 When the Prophet Nathan held King David to account for his actions before God (See 2 Samuel 12) he did it with a story about a father. The Prophet told the King a parable about a rich man who, to feed a visitor, took the only lamb of a poor man. The rich man had many animals but didn’t want to lessen his herd. The poor man raised the lamb inside his home. Nathan described the situation: “This lamb grew up with the man and his children. It shared his food, drank from his cup and even slept in his arms. It was like a daughter to him.” Nathan’s story focused on the relationship of the lamb to this poor family – a father and children – to show it was part of their community.

Nathan’s story pointed David to the impact of his actions on those around him rather than focusing on what his sin had done to his own character. Bathsheba was more than a sheep. She was someone’s daughter, someone’s sister, someone’s wife. She slept in someone’s arms.

In collectivist cultures, the community is the way people identify themselves. They don't even think "We before I" they just live it because this is their deeply embedded reality - their shared public, private and self-culture. The collectivist is, first, a community.

We live in an individualistic culture. We think of ourselves long before we consider others. "That's not fair!" is our cry because we are first. When someone wrongs us, we think (and even say) "I'm going to punish that person by kicking them out or kicking them to pieces. PROBABLY BOTH!" And those around us laugh because, of course, that person deserves it for hurting 'me'.

My selfish response to treatment from others is my individualistic culture coming out (As an American, the force is strong with me!). While there is much to be learned from valuing the self, God spoke His reality into a collectivist culture. He said, "I am we. I am three. I am one." This only makes sense in a collectivist culture. And it makes PERFECT sense in that context!

"Love covers over a multitude of sins" is a collectivist ministry model. This is how loving families care for the fallen: embrace the sinner tightly as they confess and heal so they know they are loved, needed and cherished; and so they don’t wander off into the stormy night of their distress where they may be swallowed eternally by their self-loathing. Forgiveness in a collectivist culture is given for the community. We need us. To lose one is to lose all. As a community, when one is lost the 99 are never the same. For we are one hundred.

Holding a leader to account, as Nathan did, is God's way of rebuilding His collectivist Kingdom. Nathan’s story showed David his actions had taken him out of the community. Realising his severed ties to the culture and practices learned in childhood (feeding the traveller, caring for the neighbour) David wept.

When a church organisation deals with a sin against the community they apply collectivist leadership strategies in hopes of reshaping that community. This is not easy to accept by individualistic individuals, especially if we do not recognise the culture clash. For the wellbeing of the community, it is necessary – and healthy – that the leader be held to account.

What happens at home and in the close community of the local church often looks very different to the reparations made by corporate leadership. This is a good thing. The fallen leader needs to be both held to account and embraced tenaciously. They need a safe place to weep, pray and heal after being shown a story greater than themselves.

To hold the tension between these two realities can be difficult unless we recognise the holistic nature of God’s Kingdom: how important the ‘whole one hundred’ and how desperately loved ‘each one’ by our Heavenly Father.