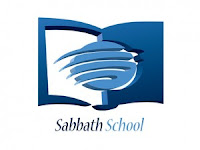 Startwarmer Questions:
1. Please share a story of something (a song, smell, etc) that reminded you of your past. (go around circle)
2. Have you received a letter while you were away (from family, friends) that reminded you of more than what was written? (the place, the people, the stories, the weather, etc)

Introduction
Read Jeremiah 29:5-14
Jeremiah 29:5-14 is a beautiful letter from home. There is much in the words of this short letter, but much more in the layers beneath the letter. Like a radio-antenna on top of a sky scraper, this little letter sends a powerful message to a people in exile not only because it is worded perfectly but because it is built on decades of history, culture, prophecies and writings and reaches down beyond the ground floor and into the deep history of the people of Israel – even to the moment of creation.

In this letter from Jerusalem, Jeremiah gives them both good and bad news.
Bad news: The Exile in Babylon will be a full 70 years. It will not be shortened.
Good news: God has a plan. Restoration will come!

How did God’s message to his people differ before and during exile?
Looking at the promises in this letter, would you say they are more spiritual or physical?
Why was God so mean before the exile and so merciful during the exile?
How were the people different before than during?

Read Deuteronomy 20:5-9
What reasons were there for not personally going to war?
Whose job was it to give this message to the army?

Read Jeremiah 29:4-7
What tasks of living peacefully were they given?
Who did this message come from? What impact would that have had?
How was this “Dear Exiles” letter relying on the knowledge of the priests, prophets and people of Israel who were in captivity?
Do you think they understood the “Don’t Go to War” message?
How do you think they applied it?
What kinds of thoughts/prayers were they to have for their captors? Why?
What reaction do you think they had to this call to pray for their enemies?

Read Jeremiah 10:1-16
What is the main message in this passage?
How does this passage set-up a clear challenge for the people living in exile?

Group 2: Doorway to the Detestable

Read Jeremiah 29:8-9
In captivity there were prophets like Jeremiah and Ezekiel who were honestly speaking the words of God and there were deceivers, diviners and dream-interpreters who lied for a living but called themselves God’s prophets. What do you think these liars were declaring?
How was the worship of God by His people in exile being impacted by these false prophets?
Does it matter? Why?

“Go in and See: Wicked and Detestable things”
Find the four questions of “Have you seen?” or “Do you see?” in this passage.
What is happening in these scenes? Who is involved? (1. Temple, 2. Elders, 3. Women, 4. Men)
What impact is this activity having on the people?
What impact is it having on God?
How would Jeremiah’s “Dear Exiles” letter impact people living ‘in the hole’?

Read Jeremiah 29:10-14
Verse 10 literally reads, “Only when 70 years…” – defying the false prophets who said it would end sooner.
Why 70 years? (have a look at Psalm 90:10) What would be different 70 years after Jerusalem fell?
Verse 12 and Verse 7 are the only two places in the book of Jeremiah where the people are the subject of ‘pray’. What two ‘fortunes’ are they to ‘pray’ for?
As exiles, what impact would it have had to see these two positive invitations to pray (and be answered positively!) within this short “Dear Exiles” letter? (Compare 7:16, 11:14, 14:11)

Read Deuteronomy 4:25-31
How was this “Dear Exiles” letter relying on the knowledge of the priests, prophets and people of Israel who were in captivity?
What was Jeremiah 29:13 meant to remind the exiles?
How far back does this promise go? Who are these people, really?
How far back does their story go?

What is the Big Idea of this “Dear Exiles” letter? What is the main point? (God has a plan)
“You will seek Me and find Me when you search for Me with all your heart.” For the exiles in Babylon who knew their scriptures and the story of their people, the promise of this passage was even greater than a connection to Canaan.

Read Deuteronomy 4:15-20
Here we have reminder of their beginnings and of their importance to God.
15 – God, without form, spoke the law from the fires of Horeb (Creating their law)
16-19 – In reverse Creation order, objects often made into idols are shown to be created by God, not gods themselves or even representations of gods.
20 – You: selected in the furnace and taken out to be His.

Then, a few verses later, the promise “You will search for the LORD your God, and you will find Him when you seek Him with all your heart and all your soul” (Deuteronomy 4:29). In this amazing passage of scripture, clearly alluded to by Jeremiah 29:13, the exiles are reminded that they were spoken to, selected by and indeed created by God, in His image, as the only creature, object or created thing that is intended to represent God.

The Big Idea of this “Dear Exiles” letter?

Created in Gods image, You are
His living breath
His revealed glory
His chosen creation
He has not forgotten you
Indeed He cannot
For you are His