Today, my 14 year-old son Cyrus and I went to the Melbourne Zoo. We went to see the new Elephant (still unnamed) who was born last month. We had no idea the amazing scene we were going to witness when we got to our goal.

We made a day of it, riding in on the train and having lunch at Central station on the way home. Cyrus and I share a love for animals and he is a budding photographer. Today he took pics on his new camera. He did a great job!

Our family was given season passes to Melbourne's three zoos for Christmas from Grandpa Paul and Grandma Janet. It has turned out to be a fantastic gift and we have already used them numerous times.

It was a hot day and therefore, even though it was Sunday, the Zoo was not crowded. We came in the back entrance from the train station and made our way slowly through the Zoo toward the elephant enclosure. Our journey was rewarded by an arrival time at the Elephants that (by chance) coincided with the viewing time for the new baby. He was out, with his mother and the rest of the herd, in one of the enclosures.


As we watched the little guy exploring his terrain, we were in for a surprise. The string you see in front of him is normally an electrified rope to keep the adult elephants out of the empty pool area. Because of the presence of the little elephant, the electric wire had been replaced with string. The elephants, of course, did not know this. The baby climbed up on the concrete area bordering the pool and then his head touched the string. The baby let out a panicked squeal. I was amazed how low his voice was. The lions in the "ROAR" exhibit would have been proud to have this little guy's resonance and depth!


One of the elephant handlers appeared at a gate and hurried into the enclosure. He navigated around the herd of concerned adults cautiously but quickly and reached the empty pool. The baby was continuing to call and the adults to answer. The handler called the baby elephant and lifted the string up high so the baby could cross underneath. The baby and mother rushed to each other.

The rest of the herd did something amazing, they formed a protective huddle around the mother and baby. Then they scuffed their feet and blew their trunks into the dirt creating a dust cloud. The baby disappeared in the protective huddle. In the wild, this would serve as a very effective protection and an intimidating display to any would-be-baby-killer!


The elephants stayed huddled around the little baby while the handlers opened a huge gate. Once the herd could see an exit from this stressful (and dangerous!) environment, one elephant lead the way and the others followed. The entire heard left the scary enclosure behind and journeyed to greener pastures.


There are so many lessons in parenting, family and pastoring in that short encounter. I'll leave you to ponder... It was beautiful!

We continued our exploration of the Zoo and saw many more animals than the ones pictured. It was a great day with a fantastic story at the apex! 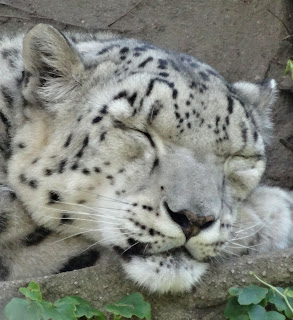 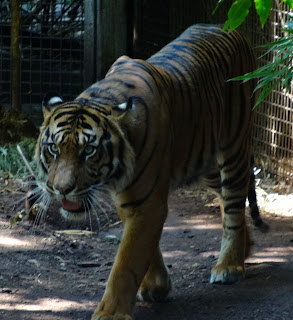 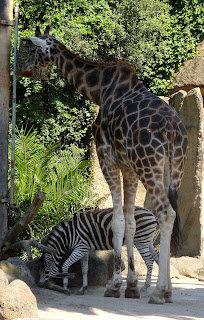 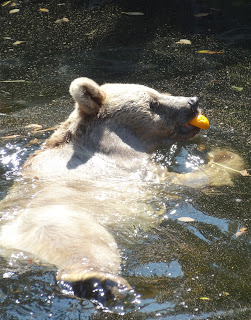 Good job with the photos, Cyrus!