A careful look at the pointy end of Genesis 1 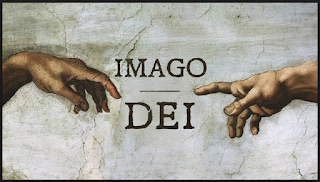 After five ‘good’ days, God’s Creation became ‘very good’ as He shaped His Image-bearers. During this first Creation narrative, things increase in meaning and purpose. On the first three days, environments were created. The next three were spent filling those environs with life. Midday on day six, God finished the filling of the earth, paused, and “saw that it was good” (Gen 1:25). Following this pregnant pause, God began His final work. He conceived of, created and commissioned humanity.

We were created in His Image.

But then God throws in another day, seemingly as a bonus. A day ‘set-apart’ where we, His ‘set apart’ Image-bearing creation, worship Him. In honouring this day of Image-recreation humanity recognises the Sabbath is not a bonus for a week well spent but the beginning of a week well focused. Eyes fixed on our Creator, His Image is renewed in us. Our identity is formed, reformed and we are empowered for a week of work. Worship alone forms our identity.

Good and very good things are not what we were created to worship.

Good and very good things define our work. Not our worship.

Our work is not our purpose.

Worship is our purpose.

Sabbath was created immediately after humanity. The stage was set. The set was filled. And then, as the final creative act of Day 6, “God created mankind in his own image” (Gen 1:27). Then the sun set, and the Sabbath began.

We were created in God’s Image and that Image was of utmost importance to God when He created the world. Everything in Creation points us toward our day together with God.

The first full day of life for humanity was day 7 — the Sabbath.

Worship came the first. Work came second. Put the other way around, we become workaholics worshiping our own achievements. We were made to worship God and to gain our identity from that worship. We become that which we behold most passionately — this is worship.

After a Sabbath-day of worship, with the Image of God renewed and revitalised, we are sent out to work for the next six days. Our glory comes from His glory. Our purpose comes from His purpose. Our identity comes from His love for us and in us.

Renewed in Image-identity we are sent forth to be blessed as we work. God is not absent during the week but present in each act of generosity, kindness, mercy and justice that His Love brings forth in us and through us. Some Jewish scholars say, this ever-present nature of God is the reason that, unlike the other six days of Creation, day seven is not finished with “and God saw that it was…” This day, they suggest, introduced God to mankind and He is forever with them, from one Sabbath to the next. For God’s Image-bearers, the six days of work are as much a God-thing as the day of rest.

When Jesus directed people back to Creation, His intent was the same as the original intent — to renew the Image of God in His people and to send them into the world to reveal God through their work and how they interact with others.

When we reach back to the Creation story, we need to ensure we conclude what God concluded — that the day ‘set apart’ from the good and very good days around it is a day for Image-recreation. Jesus said, “The Sabbath was made for man, not man for the Sabbath” (Mark 2:27). Sabbath is a day for making and remaking mankind.

The purpose of the first Creation story (Genesis 1:1–2:3) is to remind the people of God of their Creator in whose Image they are made and to remind us to renew our Image-identity through a Sabbath of rest and worship. Grounded in any other way, we lead away from God.

We make Genesis 1 say less — far less — when we make it say other than this: