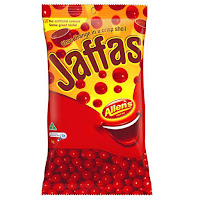 My Son Michael spent a week in June doing work experience at the nearest Coles to our home. He was there from 8AM until 4:30PM each day for a week. He said he spent a lot of time “facing up” aisles ensuring the products on display were pulled forward, faced outward and lined up with the other items. He also said he worked with a manager, another work experience student and a few employees.

I couldn’t help wondering about the many conversations and experiences that Michael may have had that week. I lost myself imagining how one of his mornings may have played out.

Working his way down the confectionery aisle, Michael touched up one display after the next. It was a slow and tedious process but he enjoyed looking back down the aisle and seeing the tidy results of his handiwork. He also enjoyed the occasional customers who came into the aisle to choose a favourite treat.

There were the teenagers who came in at the beginning of his shift. Laughing and pushing each other around, they selected chocolate bars and energy drinks to fuel their day of study, sport and socialising. Michael was sure he knew a couple of them from his high school but he stayed focused on his task. When they left, he noticed they’d made quite a mess but he knew it would look good once he got to that end of the aisle.

Next was the American tourist who made a bee-line for the licorice. After selecting a bag of dark straps and another of Allsorts, the man spoke to Michael, as Americans are prone to do. “I can’t get enough of these Allsorts,” He said with a huge smile. Thrusting the bag into Michael’s face, he continued, “They’re like little squares of happiness!” Michael smiled, agreeing and stepped aside to let the man hurry about his day.

Then there was the young mum pushing the pram. She had explored the Push Pops, trying to find the right one for her little guy. She showed him colour after colour until he finally choose one. She walked down the aisle quickly grabbing a Mars bar for herself as she went past. The boy in the pram held out his hand knocking each bag that passed near him. One fell on the floor without his mother’s notice. After they left the aisle, Michael quickly replaced the bag on the correct hook.

When Michael reached the boxed chocolates, a young man carrying an armful of roses approached. He scanned the boxes for a while and the said, probably to himself, “What would she like? Maybe a truffle box.” Michael knew something about women and chocolate, “My Mum loves the Seashells. Maybe you could try those.” Almost startled, the man looked at Michael and said, “Thanks for that! You know what? I’ll take a box of truffles and the Seashells. She’s worth it!” Mikey helped him get both boxes in his free hand and watched as he left the aisle.

Almost finished with the confectionery aisle, Michael saw an elderly couple coming toward him. The man reached out taking a bag of Jaffas off the rack. He turned and held them out to his wife, “Remember these, love?” Her face blushed and Michael looked away, realising he had been staring. “It’s okay, sonny,” the woman said. “He bought Jaffas on our first date in 1958. He took me to see Cat on a Hot Tin Roof. And that’s what our hands were when we’d both reach into the bag at the same time. Until, in a fit of bravery, this young man firmly grabbed my hand and said, ‘I think it’d be best for both of us if I just held onto this!’” They both broke into fits of laughter at the story. “Now put those back, you goose,” she said, “our dentures can’t tolerate them, and you know it!”

At the end of his lunch break, the manager directed Michael to a trolley holding a few boxes. "These need to be stocked in aisle seven."

“Yes, good memory!” His manager said, “You must like lollies!”

The manager looked Michael up and down. “Whatever are you talking about?”

“Aisle Seven,” Michael said, with a smirk. “You should spend more time there.”

“Perhaps I should!” His manager laughed, “After years of working here, it’s just the number that’s important to me.”