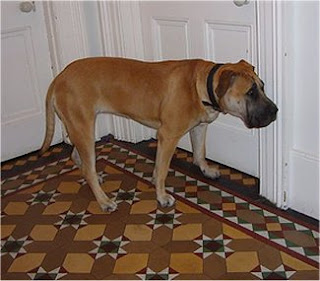 A few years ago, while sitting in a booth representing a company, a young man approached me and said, “Hey Dave, my name is Matt. Can I tell you a story?”

“You came to our church a couple of years ago,” Matt said. “You told the story of The BMW Driver and I remember thinking I could never be like that guy. I get mad easily.”

Matt played rugby and was accustomed to taking his anger out quickly and fiercely. Looking at Matt, who stood nearly 2 metres tall and was built like a brick wall, I cringed at the thought of being on the other team.

“I sell books door to door,” Matt continued. “One door burst open and a huge dog jumped out. It sunk its teeth into my arm, which I had raised to save myself.” Matt pulled up his sleeve, revealing long angry scars on his forearm. “And it raked its claws down my leg, gouging me through my jeans. I heard a boy screaming at the dog and saw him pulling on the dog’s collar. I was so angry!”

“Then something really weird happened,” Matt said. “My eyes met the boy’s eyes. I saw fear and terror on his face. My mind cleared and I had one thought: ‘I want to be the BMW Driver.’ And, Dave, it worked! I stopped worrying about myself and helped the boy wrestle the dog into the back yard. We called the ambulance and talked while we waited. The dog belonged to the boy’s recently deceased uncle. It was all they had left of his dad’s brother.”

Matt shook his head. “I still don’t understand what happened. That story about the BMW Driver just popped back in my mind and took over. I became just like him.”

And that, my friends, is the power of story.


Keep changing the world, one story at a time!

For more parenting pondering,
see the "Parently" section of this blog.
at June 17, 2015