Moving on in the Spirit 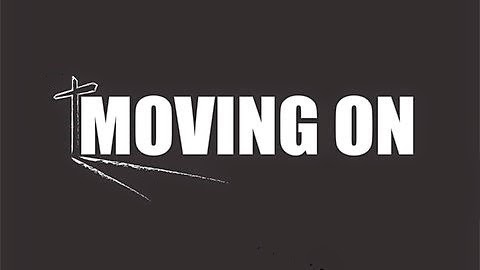 Today we had our regional chaplaincy gathering. Sharing a meal and training with fellow chaplains is inspiring. I was asked to lead in a 20 minute worship time. As I was planning my worship, I realised what a long time it has been since I’ve been asked to lead a worship among fellow ministers. And then I realised a reality that I have been struggling to admit.

My ministry has moved house. My colleagues are a new group of ministers – school chaplains. We have our local communities, our ministry plans and strategies and our hearts deeply embedded in Christ. Today, breaking bread with them, praying with them, telling God’s stories to them… I realised it is time to accept reality.

In January of 2014, due to a indiscretion for which I take complete responsibility, my ordination as a Seventh-day Adventist minister was withdrawn, my role as an Adventist pastor was cancelled (I was fired) and my involvement as a church member was censured. For all of 2014, I was not allowed to participate in any form of leadership in any Adventist church – sermon, Sabbath school lesson, singing with a mic, or Children’s story. I apologised to the local conference president part way through the year because a Sabbath school teacher asked me to close in prayer. (I couldn’t figure out a polite way to say no!)

After the year finished, I asked for the Conference leadership’s will for my future church involvement. They responded that I can now be an active member but I may not preach from behind the pulpit in a Seventh-day Adventist church for the next 5 to 7 years. When probed, it was agreed that I can take Sabbath school lessons, children’s stories, sing with a mic, and lead in prayer. But not from behind the pulpit between 11 and 12 on Saturday mornings.  This decision, it was explained to me, is the will of the Victoria Conference leadership and Australian Union leadership. This stipulation was revealed to me in December 2014 - at the end of my time of censure.

I’ve now had nearly 3 months of being an almost active Adventist. I’ve lead one Sabbath school class (which was great fun!), sang with a mic a couple of times and have the children’s story tomorrow. I’m happy because I am with my family at church. I have so much fun worshiping with my wife and kids!

I also got back into my old habit of writing a Sabbath school study guide for group leaders to use in generating an active discussion. But, I've come to realise, this pseudo-pastoring is an exercise in false hope. Who am I to be telling Adventists what to talk about?

When I want to use my gift of preaching, I must go elsewhere. And that’s my primary gift. So, I preach in various churches on the occasional Sunday. It hurts to have my spiritual giftedness refused by the church I grew up in, got married in, brought my children up in and love ministering in. But I’m not supposed to, now. I accept, this is a response to a reality that I have brought on with my own actions. I know this. I do find it desperately sad that the Adventist church has no clearly stated restorative process for fallen ministers.

Spiritually, I am closer to the heart of Jesus than I have ever been. Being thrown at His feet was a humbling and healing experience. I understand, like never before, Paul’s comment “Where sin abounds, grace abounds all the more.” It’s not about how much sin you’ve experienced but about how much grace you’ve needed and received. Only the shattered recognise the excruciating joy of being made whole.

So, I’ll still be at church on Sabbath. For family. For friends. For God.

But, I need to stop thinking like an Adventist pastor. Leading the Adventists is no longer my vocation or calling. Time to move on. So, I have a wonderful new prime directive: I will only be doing what the Holy Spirit leads me to do. And it looks like He’s got plans for me in chaplaincy and the many churches that support state school chaplaincy. No more Sabbath School Starters and no more hoping for church leadership to reconcile with me. My ministry, from now on, will be based on the Holy Spirit’s prompting rather than a sense of duty or pride.

Check my blog now and then. I’ll still be writing when inspired to do so.